RAMALLAH, WEST BANK —
The cinematic escape of six prisoners who tunneled out of an Israeli penitentiary earlier this month shone a light on Israel’s mass incarceration of Palestinians, one of the many bitter fruits of the conflict.

Hundreds of thousands of Palestinians have passed through a military justice system designed for what Israel still portrays as a temporary occupation, but that is now well into its sixth decade and critics say is firmly cemented.

Nearly every Palestinian has a loved one who has been locked up in that system at some point, and imprisonment is widely seen as one of the most painful aspects of life under Israeli rule.

The saga of the six, who were eventually recaptured, also underscored the irreconcilable views Israelis and Palestinians hold about the prisoners and, more broadly, what constitutes legitimate resistance to occupation.

Israel classifies nearly every act of opposition to its military rule as a criminal offense, while many Palestinians see those acts as resistance and those engaged in them as heroes, even if they kill or wound Israelis.

Israel has granted limited autonomy to the Palestinian Authority, which administers cities and towns in the occupied West Bank and is responsible for regular law enforcement. But Israel has overarching authority and the military regularly carries out arrest raids even in PA-run areas. Israel seized the West Bank along with east Jerusalem and the Gaza Strip in the 1967 war. The Palestinians seek an independent state in all three.

The Palestinian prisoners held by Israel include everyone from hardened militants convicted of suicide bombings and shootings that killed Israeli civilians to activists detained for demonstrating against settlements and teenagers arrested for throwing stones at Israeli soldiers.

Israel says it provides due process and largely imprisons those who threaten its security, though a small number are held for petty crimes. Palestinians and human rights groups say the system is designed to quash opposition and maintain permanent control over millions of Palestinians while denying them basic rights.

“Mass incarceration of Palestinians is a means to control the population, to stifle political activity, to keep a lid on turmoil and activism,” said Dani Shenhar, the legal director of HaMoked, an Israeli group that advocates for the rights of detainees.

Four of the escapees were known militants convicted of deadly attacks against Israelis. Of the more than 4,600 Palestinians currently held by Israel in connection with the conflict — known as “security prisoners” — more than 500 are serving life sentences. A similar number are being held without charge in so-called administrative detention, perhaps the most controversial aspect of Israel’s military justice system.

Qadoura Fares, head of the Prisoners Club, which represents current and former Palestinian prisoners, said they are all “freedom fighters.”

“We see them as symbols of the Palestinian people’s struggle,” he said.

Alaa al-Rimawi, a Palestinian journalist with the Al-Jazeera television network, said he has spent a total of 11 years in prison in several stints over the last three decades over allegations related to political activism, but was never convicted of anything. The Israeli military declined to comment.

In 2018 he was arrested while working as the West Bank director of Al-Quds TV, which is affiliated with the Hamas militant group that runs the Palestinian territory of Gaza. Al-Rimawi says he is not a member of Hamas or any other group.

He said he was accused of “inciting violence against the occupation” by publishing stories about home demolitions and Palestinians killed by Israeli forces. He was released after 30 days but barred from working as a journalist for two months. On separate occasions earlier this year, he was briefly detained by both Israel and the Palestinian Authority, which also suppresses dissent.

“Existence in a prison is like being in the grave,” al-Rimawi said. “And then you come out of it, and you feel like you came back to life after death.”

‘THE SYSTEM IS RIGGED’

Many are jailed for violations of the sweeping Israeli military orders that govern the 2.5 million Palestinians living in the West Bank. Those include belonging to a banned organization and taking part in demonstrations, which are generally considered illegal. Hundreds of minors are arrested every year, mostly charged with stone-throwing.

Palestinians from the West Bank detained on security-related charges are prosecuted in military courts, while Jewish settlers living in the territory and held for similar offenses would be subject to civilian courts.

Palestinians are rarely released on bail, and most believe it’s futile to contest charges in military trials that can drag on for months or years. Instead, most cases are settled by plea bargains, contributing to an estimated conviction rate of more than 95%.

Maurice Hirsch, who served as the top military prosecutor from 2013 to 2016, attributes the high conviction rate to resource-strapped prosecutors only bringing indictments when cases are solid. He says acquittals are not unheard-of, pointing to a recent case in which a Palestinian policeman was acquitted in the shooting death of an Israeli.

Defendants “choose to take the plea bargains because they understand that they will be convicted because of the evidence,” he said.

He insists the trials are fair, saying they have the same procedural rules as Israeli civilian courts. All evidence must be shared with defense lawyers, and the military judges issuing verdicts are legal experts outside of the normal chain of command, he said.

But Shenhar said lawyers for Palestinians “know it’s futile to try to defend your client in court.”

“He won’t be acquitted in the end, and he’ll stay longer in prison,” he explained. “So the system is rigged.”

Escape is extremely rare — the last major prison break was decades ago — but Israel has released hundreds of prisoners over the years as part of political negotiations or in exchange for captured Israelis.

Within the prisons, Palestinians have organized themselves and won concessions over the years through hunger strikes and other collective action, a source of frustration for many Israelis.

“We become hysterical, like overprotective mothers, reacting to every terrorist who threatens to fast,” Israeli journalist Kalman Liebskind wrote in a recent column in the Maariv newspaper.

So-called security prisoners are usually barred from making phone calls, but some manage to smuggle in cellphones. Otherwise, their only link with the outside world is visits by lawyers and family members. Relatives coming from the West Bank require military permits, meaning that some prisoners, including minors, can go months without seeing loved ones, said Shenhar.

Al-Rimawi recalls a stint in prison in the mid-2000s in which his wife, who had given birth after his arrest, was unable to visit him for more than a year.

“My wife eventually visited me and brought a boy with her. I said, `Who is this?’ and she said, “It’s your son.”‘

Carried-Interest Tax Break for Private Equity Survives Another Attempt to Kill it. 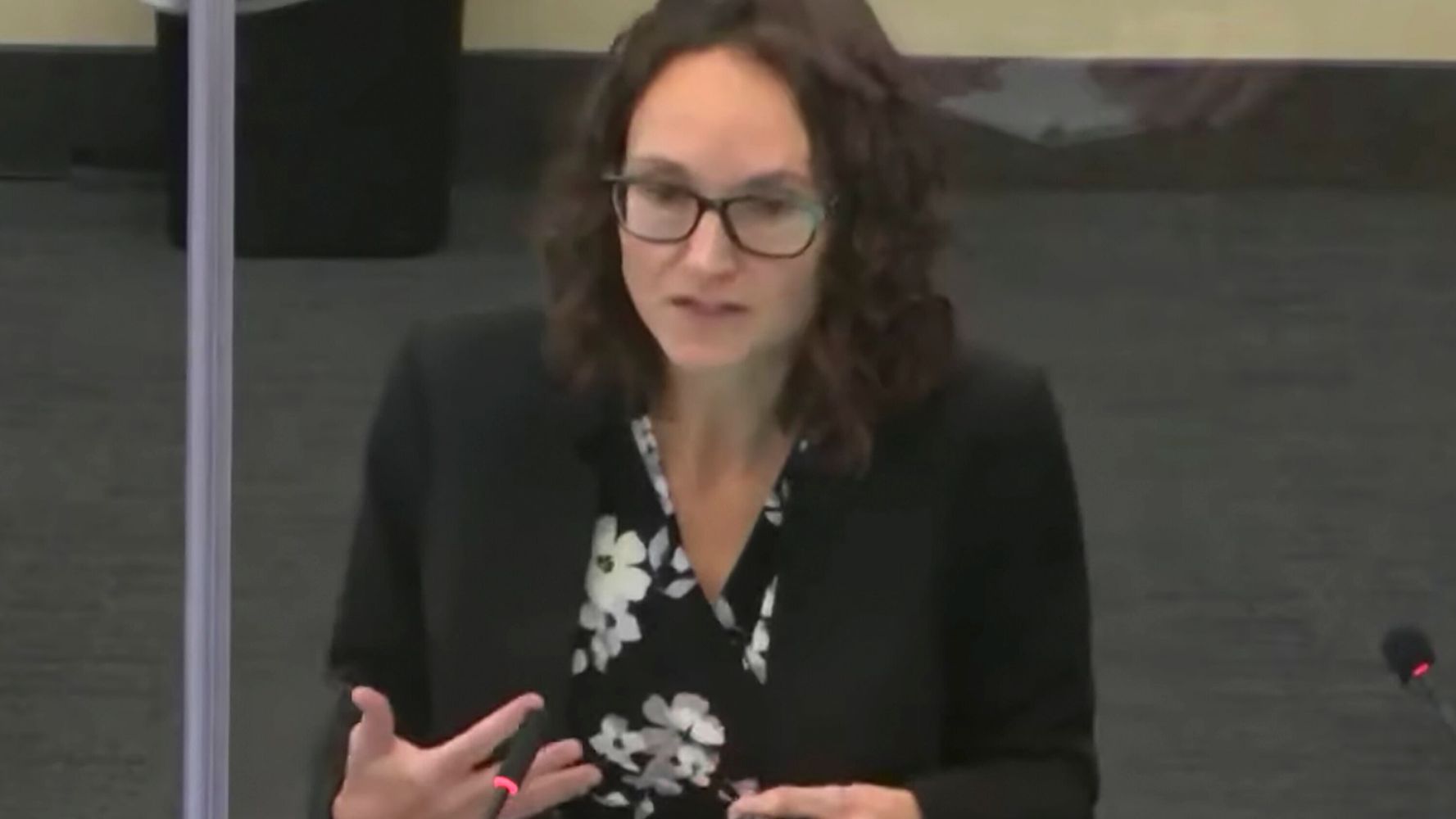 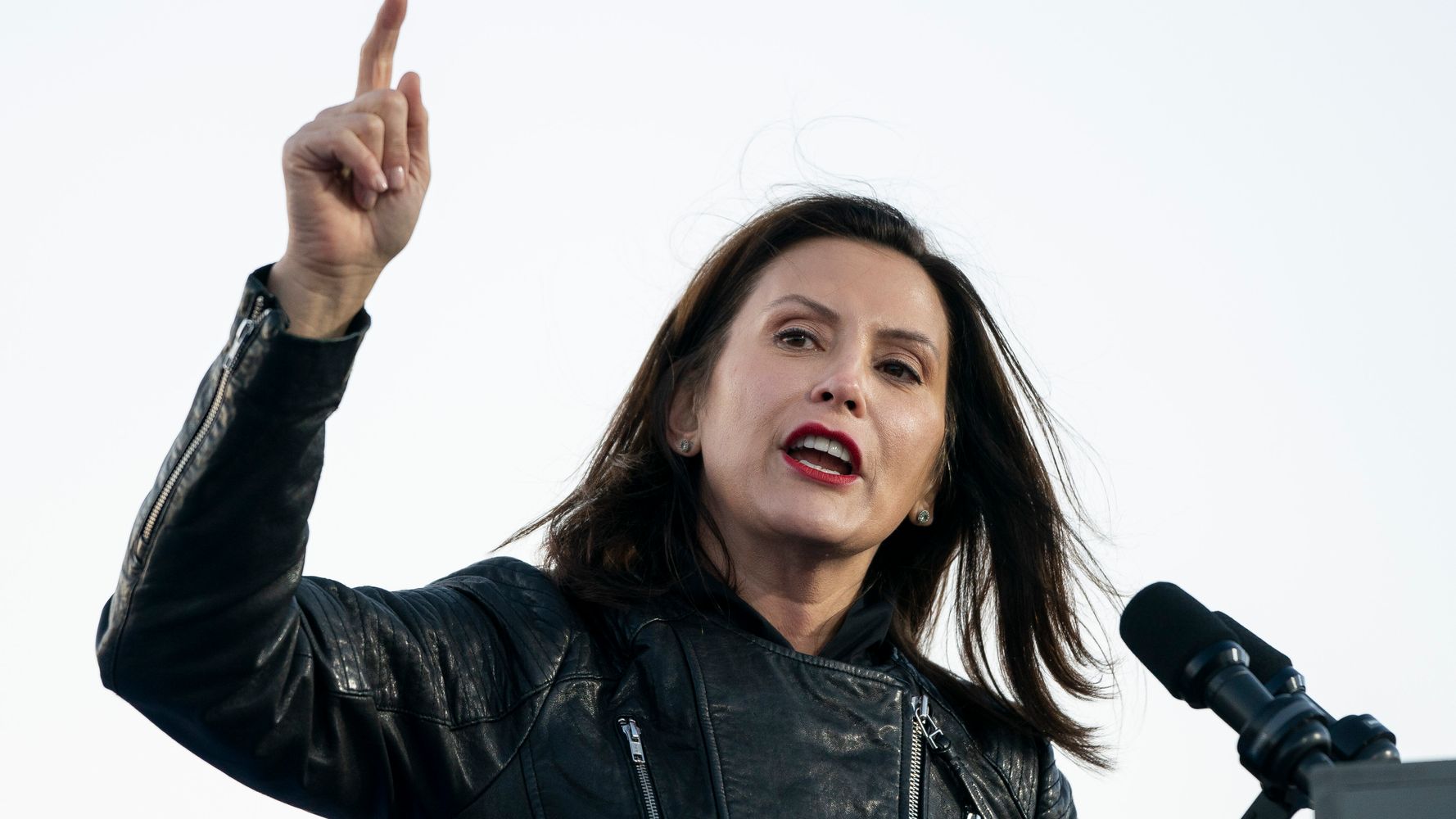 Prosecutors: Ex-Cop Who Killed Daunte Wright ‘Betrayed Her Badge’ In First Day Of Trial
50 mins ago