With apologies to veteran additions Pius Suter (at forward), Nick Leddy (on defense) and Alex Nedeljkovic (in the crease), there’s one player everyone will have their eye on when the puck drops Wednesday on the Detroit Red Wings and Chicago Blackhawks in their exhibition opener: Defenseman Moritz Seider.

The 20-year-old German blueliner, taken No. 6 overall, was general manager Steve Yzerman’s first draft pick in 2019, then spent 2019-20 playing in the AHL with the Grand Rapids Griffins before spending 2020-21 in Sweden with Rögle of the Swedish Hockey League.

His production in North America — putting up two goals and 20 assists — and Europe — seven goals and 21 assists while being named the SHL’s top defenseman — suggest he’s ready to take over on defense for the Wings. So, too, does the Wings’ offseason moves, dealing for Leddy to pair with Filip Hronek and re-signing Marc Staal to give Seider a veteran teacher in the second pairing.

But Seider still has to earn his spot during the Wings’ eight-game exhibition schedule. Assuming he does, what can the Wings expect from him? No pressure, but we took a look at the six best seasons by a rookie defenseman in franchise history; here’s how they performed, in chronological order.

Kelly was 98 days past his 20th birthday — with no playing time beyond juniors — when he debuted Oct. 15, 1947, against the Blackhawks; he assisted on the second of four Wings goals, 9:47 into the second period. Kelly was paired with future Hall of Famer Bill Quackenbush and picked up the best of his poke-checking habits, with just 13 penalty minutes in 60 games. He also picked up his senior partner’s approach on offense: Quackenbush finished the year with six goals and 16 assists in 58 games, while Kelly had six goals and 14 assists and finished third in voting for the Calder Trophy (awarded annually by a media vote to the top rookie).

Kelly had a fan among NHL bigwigs, too, as the Freep noted at the end of Kelly’s first regular season: “King Clancy, referee-in-chief of the NHL and certainly a neutral observer, calls Kelly the best rookie defenseman the league ever has seen.” Kelly added three goals and two assists in 10 playoff games that spring, then spent 12 more seasons with the Wings, winning four Stanley Cups, the 1954 Norris Trophy (for the league’s top defenseman) and posting 472 points in 846 total games. (He also won four more Cups in eight seasons with the Toronto Maple Leafs.)

A PERFECT PAIR: Why Dylan Larkin skating with Tyler Bertuzzi is a good sign for Wings

Larson was drafted in the second round in 1976 (No. 22 overall) and joined the Wings after his junior season at Minnesota, in time to play 14 games in the 1976-77 season, though he had just one assist (and 23 penalty minutes). The next season — his true rookie year, as a 21-year-old — he had 19 goals (a franchise record for a rookie defenseman) and 41 assists, making the Wales Conference All-Star squad and finishing fifth in Calder voting. Those 60 points (in 75 games) were good for third on the Red Wings, behind Andre St. Laurent (70) and fellow rookie Dale McCourt (with 72, he finished fourth in Calder voting), and tied the Colorado Rockies’ Barry Beck (who finished second in Calder voting) in setting an NHL record for points by a rookie defenseman.

Who won the Calder ahead of all these talented rookies? The New York Islanders’ Mike Bossy, who had 51 goals to open a Hall of Fame career. Larson’s career wasn’t quite as successful, though he served a season and a half (1981-82) as the Wings’ captain before resigning when Mike Ilitch bought the team and hired Nick Polano as coach.

At the time, Larson told the Freep, “They’re changing everything, and there’s some people better qualified than me, really. I’m not a big talker in the dressing room. On the ice I show more intensity, but we’ve got guys like Schoney (Jim Schoenfeld) and (Danny) Gare.” General manager Jimmy Devellano was suitably impressed: “Reed Larson is a smart guy. … He was perceptive enough to see what we were doing and he said, ‘Let everything be new.’ “

FREEP FLASHBACK: Here’s who Dylan Larkin has to live up to as Detroit Red Wings captain

Sharples was a second-round pick (No. 29 overall) in 1985 and stayed in juniors in the Western Hockey League — with the exception of a three-game, one-point stint in October 1986 — until he debuted in his true rookie season in the Wings’ seventh game. His first point of ’87-88 — an assist to Yzerman — came in his second game, and his first career goal came a few days later, after a couple healthy scratches, against the Minnesota North Stars. He finished the season with 10 goals, 25 assists, 42 penalty minutes and a plus-13 rating in 56 games.

Despite his scoring prowess, Sharples struggled to find a nightly spot on the roster, especially once the playoffs arrived; he played in four postseason games — with no goals and three assists — as the Wings made the conference finals. Mostly, it seemed to be his mental approach, as he told the Freep in November 1988: “The biggest thing,” Sharples said, “is not to think about what I do and just react. Ask Steve Yzerman or any of the superstars in this league. They don’t think about what they’re going to do. They just react to their instincts.” He appeared in just 46 games that season, with four goals and nine assists while shuffling to and from Adirondack of the AHL, before he was sent to Edmonton in November 1989 in a package for Jimmy Carson. He never played for the Oilers, though he played eight seasons in the International Hockey League.

CUP CHECK: How the Red Wings spent their 1997 summer with Stanley Cup after 42 years of chasing

The Wings selected a 19-year-old Lidstrom in the third round (No. 53 overall) in 1989 and left him to develop in his native Sweden for two seasons, culminating in a 10-game stint for Team Sweden at the worlds in which he had three goals and three assists. Still, he checked in at 6 feet 2 and 180 pounds when he signed in May 1991, prompting a strength and conditioning program from the Wings; even his countryman, veteran defenseman Ulf Samuelsson, cautioned patience: “He’s a good puck carrier and passer,” Samuelsson told the Freep. “He can play on the power play and help you even-strength. I don’t know if he will be so good killing penalties right away, but he will be in two or three years.

“It’s always a tough test for Europeans their first year here. That’s why I say it may take a couple of years for him.”

Samuelsson was right about the offense, but a little off about everything else. After just 18 games, Lidstrom was already second in the league among all players in plus-minus at plus-15 (behind his partner on the blue line, Brad McCrimmon, at plus-16), first among rookies in assists (11) and tied for first among rookies in points (14). Named NHL Rookie of the Month in November and December 1991, Lidstrom hit the All-Star break with seven goals and 33 assists in 45 games, with a plus-30 rating. A month after that, the Lidstrom legend had already taken root, as coach Bryan Murray raved to the Freep: “He’s so poised and under control,” Murray said. “I’ll bet if I told him he would be playing 45 minutes a game, there’d be no problem at all.”

Lidstrom did slow down a bit in the second half; he had four goals and 16 assists in 35 games, finishing the season with 11 goals and 49 assists. That slight slump likely cost him the Calder; he finished tied for second, with 23 first-place votes, behind a future Hall of Famer: the Vancouver Canucks’ Pavel Bure, who had 26 firsts. (Lidstrom tied with New York Rangers wing Tony Amonte, who led all rookies with 35 goals.) Still, there were plenty of honors in Lidstrom’s future: 11 All-Star Game berths, 10 All-NHL first-team nods, seven Norris Trophies, six seasons as captain of the Wings, four Stanley Cups, the 2002 Conn Smythe Trophy (as the postseason MVP), induction into the Hockey Hall of Fame in 2015, and, of course, his No. 5 raised to the rafters at Joe Louis Arena and Little Caesars Arena.

If Lidstrom’s game was grace and greatness with the stick, his draftmate from the 11th round (No. 221 overall) relied on grit and guts. Oh, but he knew how to use his stick, too: “Other teams hate him,” associate coach Doug MacLean told the Freep in February 1992. “He digs with the stick, he grabs. As Sergei (Fedorov) told us before the season: ‘He’s a tough, tough hockey player.'”

Konstantinov also waited until two years after the draft to make his NHL debut, though his was a case tied up in Red (Army) tape. Once the Wings paid to free him from his Russian commitment, the 24-year-old started making NHL’ers pay: he had just two goals and 14 assists with a plus-nine rating before the All-Star break, but racked up 87 penalty minutes in 45 games. After the break, he added six goals and 12 assists with a plus-16 … and another 85 penalty minutes. His total of 172 penalty minutes is still a franchise record for a rookie defenseman, and fifth among all Wings rookies.

Konstantinov made first-team All-Rookie (along with Lidstrom) that season, but it took a few years to get further league-wide recognition; he finally finished fourth in Norris voting in Year 5, and second the next year as the Wings snapped a 41-season Stanley Cup drought. Unfortunately, that was Konstantinov’s final NHL season, as he suffered a life-altering brain injury in a limo crash six days after winning the Cup.

The Wings’ first-rounder in 1993 (No. 22 overall), Eriksson followed the Lidstrom plan with two additional years in Sweden. That was followed, though, by two seasons with the Wings’ AHL squad in Adirondack, New York — he put up nine goals and 61 assists in 119 games — and a 23-game run with the Wings in 1996-97 in which he had no goals and six assists.

Finally, in 1997, Eriksson made the Wings as a full-timer. It still took him a while to get his first goal; it finally came in his eighth game of the year, and 32nd NHL game, on an assist from Yzerman, past his countryman Tommy Salo in net for the Islanders. “At first I didn’t see it go in, and then I saw it was in, and it felt unbelievable,” Eriksson told the Freep. “It’s a relief, really. Finally I get my freakin’ goal.”

It was the first of seven scores for the 23-year-old, who added 14 assists, 32 penalty minutes and a plus-21 rating, third-best on the Wings’ roster. Eriksson finished ninth in Calder voting with one fourth-place vote and three fifths. He would go on to play another 472 NHL games over 10 seasons, but only 66 of those with the Wings; in pursuit of their third straight Cup, the Wings dealt Eriksson (and two future first-round picks) to the Blackhawks in March 1999 for 37-year-old Chris Chelios (who would actually out-produce Eriksson by 21 points combined over parts of 11 seasons, but that’s a tale for another time).

This article originally appeared on Detroit Free Press: Detroit Red Wings’ Moritz Seider has lots to live up to as a rookie

PS5 restock updates: Where to find a PS5 console next week 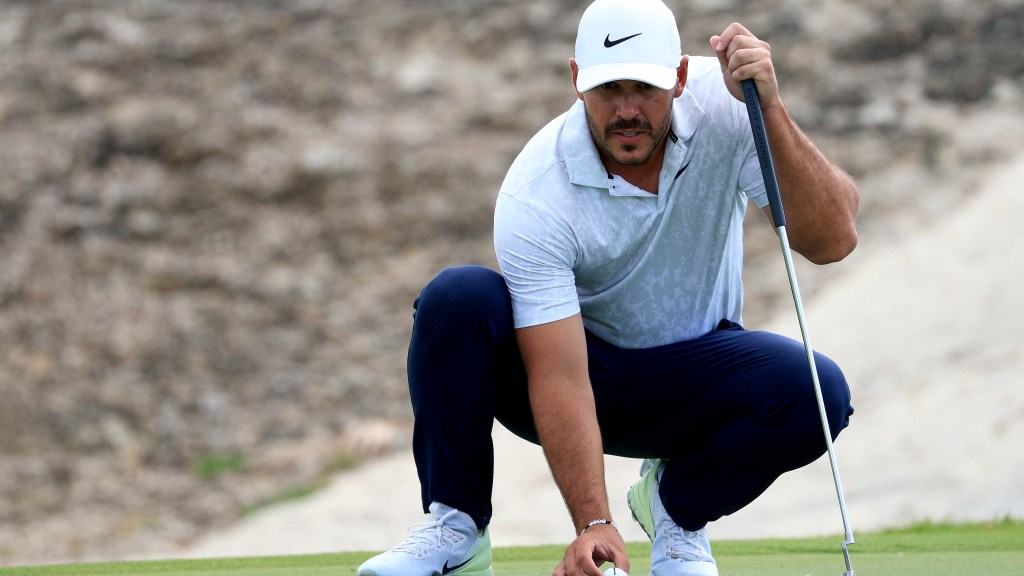 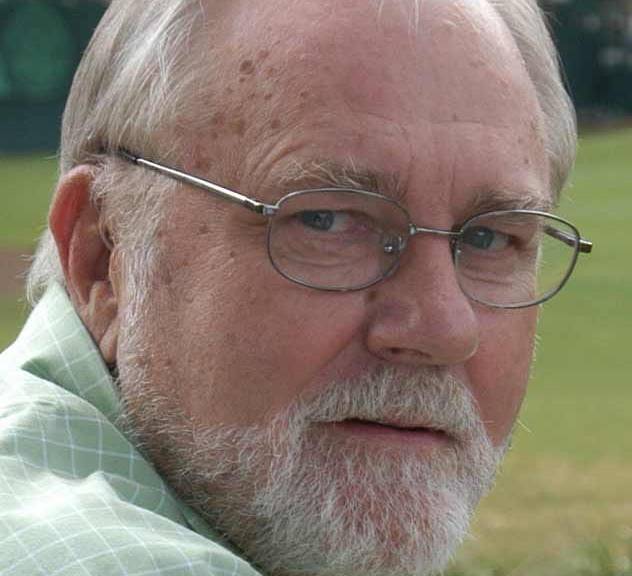 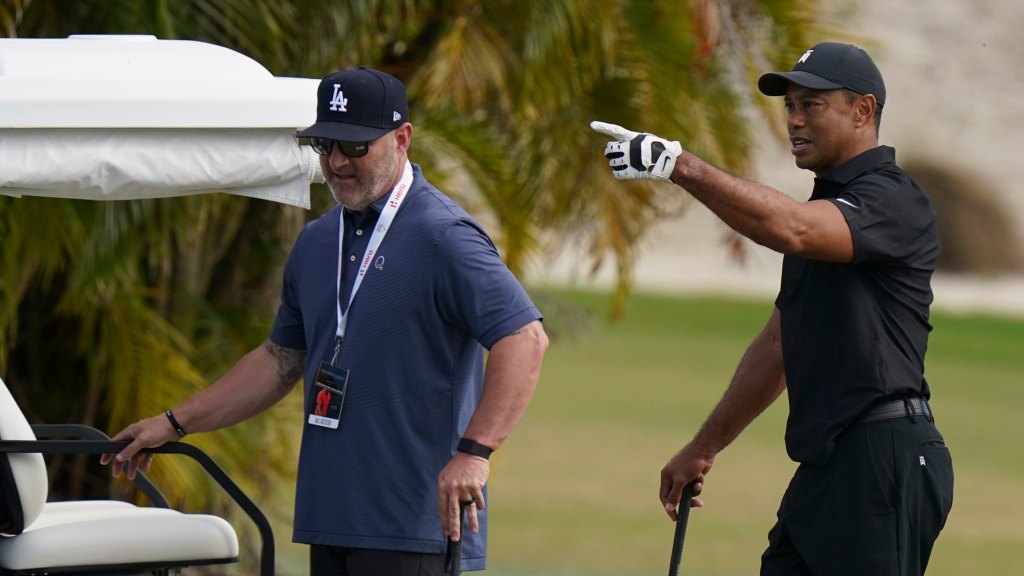 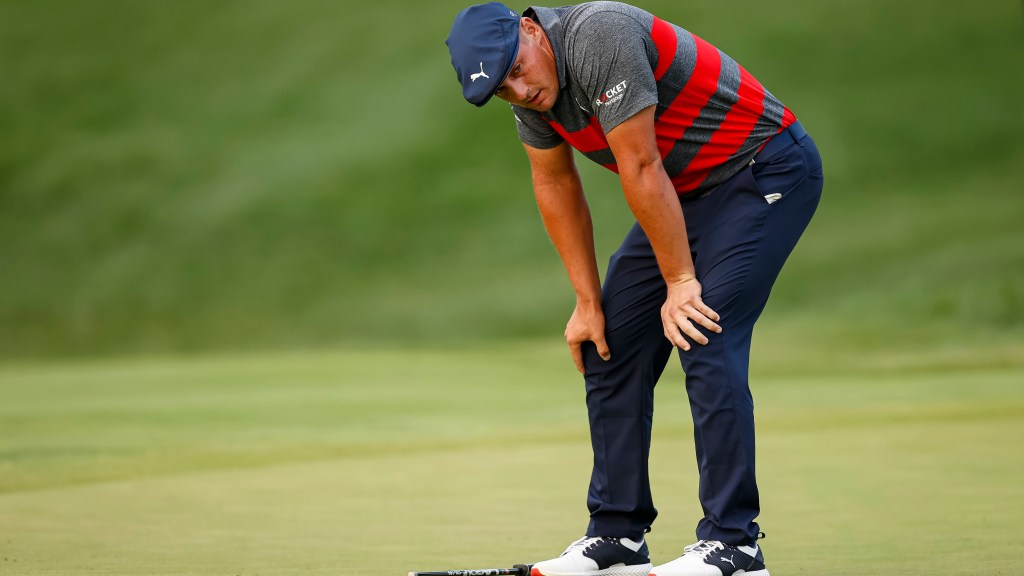 Bryson DeChambeau came close to stepping away from golf, but a Marvel movie star talked him off the ledge

I just fought off alien spaceships, monsters and the Cube Queen in Fortnite’s Chapter 2 finale ‘The End’
18 mins ago