Then the moment of epiphany when life comes full circle for her.

She pauses, reflects, and takes a deep breath.

“Well … it’s been quite the journey,” she adds with a knowing smile.

It’s a smile that tells you everything you need to know about her affirmation of belief and the power of opportunity.

The spirit of an African

As well as knowing how to deliver a punchline, Oshoala does it with honesty, passion, and humility.

“No matter the height you get to in life, you have to always remember where you come from,” she says.

Her past is also a grounding mechanism in what is an ever changing, globalized world. It’s an identity — the “spirit of an African” as she puts it — in which the “old vibe” still holds true.

“We’ve always been a people who fight for everything and [are] ready to sacrifice,” continues Oshoala.

Growing up as a child, gender roles were clearly defined — a girl’s place was in the home or the shop.

She speaks openly of living in a Muslim society and polygamous household with seven brothers and six sisters from her father’s two wives.

“There’s this unity with my family. We are not broken […] We are from different mothers but we’re still together […] We see ourselves as the same.”

A practicing Muslim, Oshoala sees Islam as “a guidance through life.”

“If this [playing football] is what makes me happy, I don’t think God is against it.”

Football was a source of escapism, but also a challenge to the establishment of patronage and parentage.

She recalls hiding and concocting stories to explain prolonged hours of absence, though her actions had consequences.

“Sometimes I don’t get to sleep at home […] Some days my mom wouldn’t even give me money for food.”

Who then believed in the possibility of an opportunity in the beautiful game?

When others doubted her abilities and prowess for the game, it was Oshoala’s grandmother who preached with wisdom and calmness to “be a good and a nice person, be respectful, [and] be disciplined.”

Those ideas and beliefs are at the forefront of Oshoala’s mind every time she takes to the pitch.

A top scorer and player of the tournament accolade at the FIFA U-20 Women’s World Cup was followed just months later with African Women’s Championship glory.

A decisive conversation with her skeptical parents ensued.

“I made them believe that if young kids go after their dreams, there’s always something positive to come out of it. Today, I think they realize that.”

And these days her parents are believers.

“They’re now the ones who call me […] They know my game even before I tell them!” she laughs.

Oshoala has never looked back since leaving Nigeria in 2015.

Her career has crisscrossed continents — from Europe with Liverpool and Arsenal to Asia with Dalian before a return to Europe with FC Barcelona.

“I know I can survive anywhere,” she says with defiance. “For the spirit of acceptance to come alive, it has to come through your own hard work and your own sacrifice.”

Those sacrifices have spawned success with multiple team and individual accolades won at domestic and international level.

Those achievements underpin her status as the continent’s most decorated female footballer in history.

“It’s amazing,” pausing as she takes in the magnanimity of her accomplishments.

“I never had the dream of becoming a professional soccer player […] and looking at where I am today, I mean, I’m really happy for what I’ve actually done for myself so far.

“The spirit of always wanting more, the spirit of not giving up is one thing that pushes me a lot.”

Line in the sand

Perhaps, though, the two most significant events on the pitch for Oshoala have come in the past two years with the Catalan giants.

In 2019, she ecame the first African to play in and score in what was to ultimately be a losing Women’s Champions League final at the hands of Lyon.

She talks of it being a moment of pride, but one equally tinged with pain.

In May, however, came redemption.

The 26 year old entered the history books by becoming the first African to win European football’s most coveted title as Barcelona beat Chelsea 4-0.

“When you have the same goal, then it’s easy to achieve big things. The people who lost together ended up winning together — this is important.”

The momentum has continued at a relentless pace and shows little sign of slowing down.

This season Barcelona is averaging an remarkable seven goals a game in the league with Oshoala bettering a goal every game.

A clear signal of intent as they prepare to defend their much coveted crown.

Can Barcelona now follow in the footsteps of Lyon and become the new powerhouse in Europe?

“We have a goal that we want to achieve, which we already started last year — We won the treble. That’s incredible!”

It’s this blueprint of betterment, boldness and belief which Oshoala now aspires to deliver for a new generation of girls — one that envisions football and education coexisting side by side.

The vehicle for change is her foundation in Nigeria.

“Sometimes I just sit on the sideline and just start smiling. I see them happy and I’m just happy to see people’s dreams actually coming to life — they’re seeing the future.

“They’re seeing the possibility of becoming a professional soccer player.

“I’m really jealous […] because they have everything!”

As she reflects on her career, Oshoala also has a word of warning for the men’s game.

“The next five, 10, 15 years, it’s going to all be about women’s soccer because the men’s game … it’s like they’ve got everything already.

“You can see the fights now. They want the Super League, they want this … they’re trying to see what they can bring in now because they’ve done everything already.

“The money’s there, the TV rights is there, everything is there.

Is the belief genuine or built on hope?

“Women’s soccer is going to be big,” affirms Oshoala.

“Definitely you’re going to have some male player and women’s player on the same level plus minus […] It’s very achievable. Trust me.”

You’d wouldn’t want to bet against it. 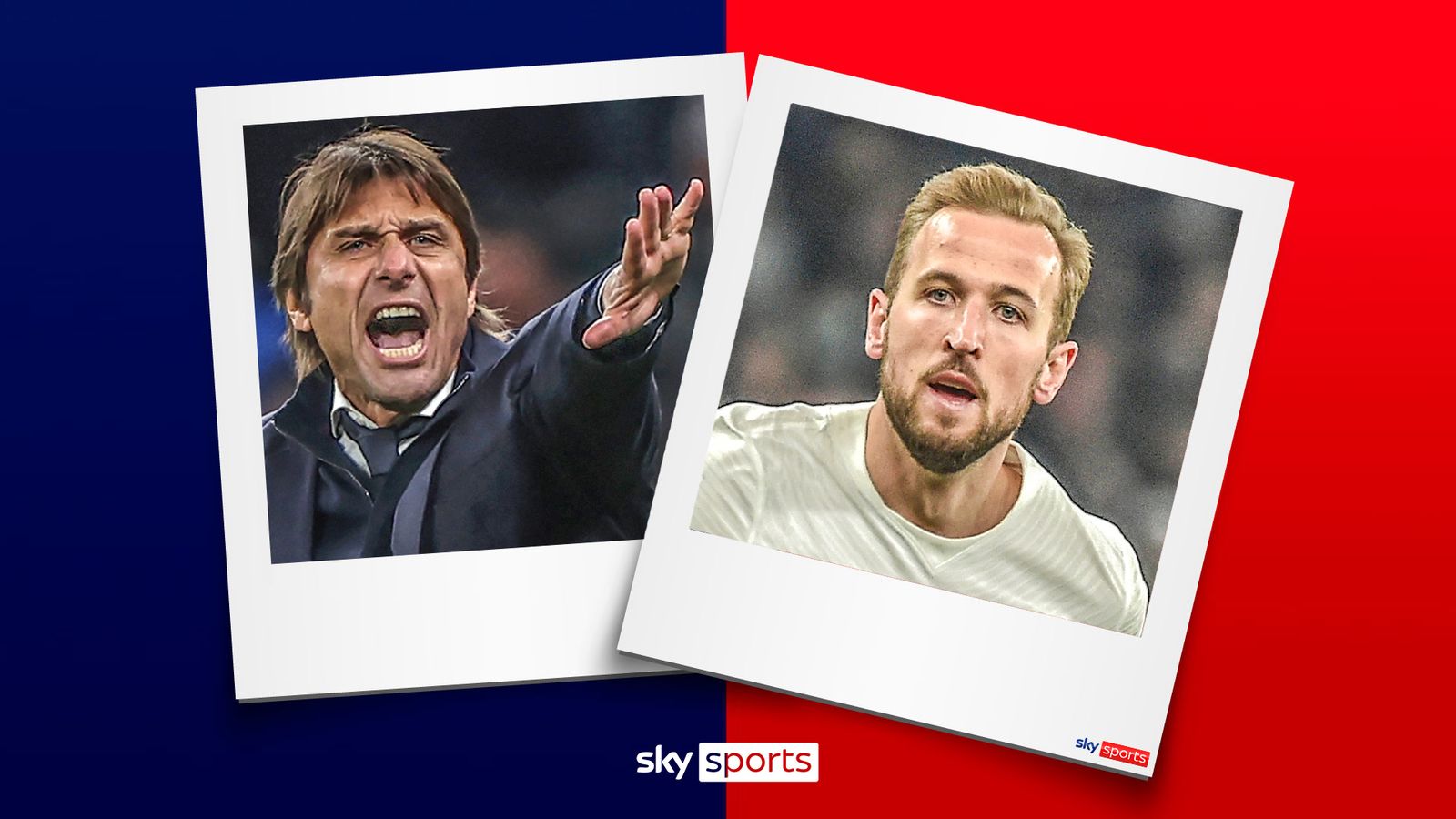 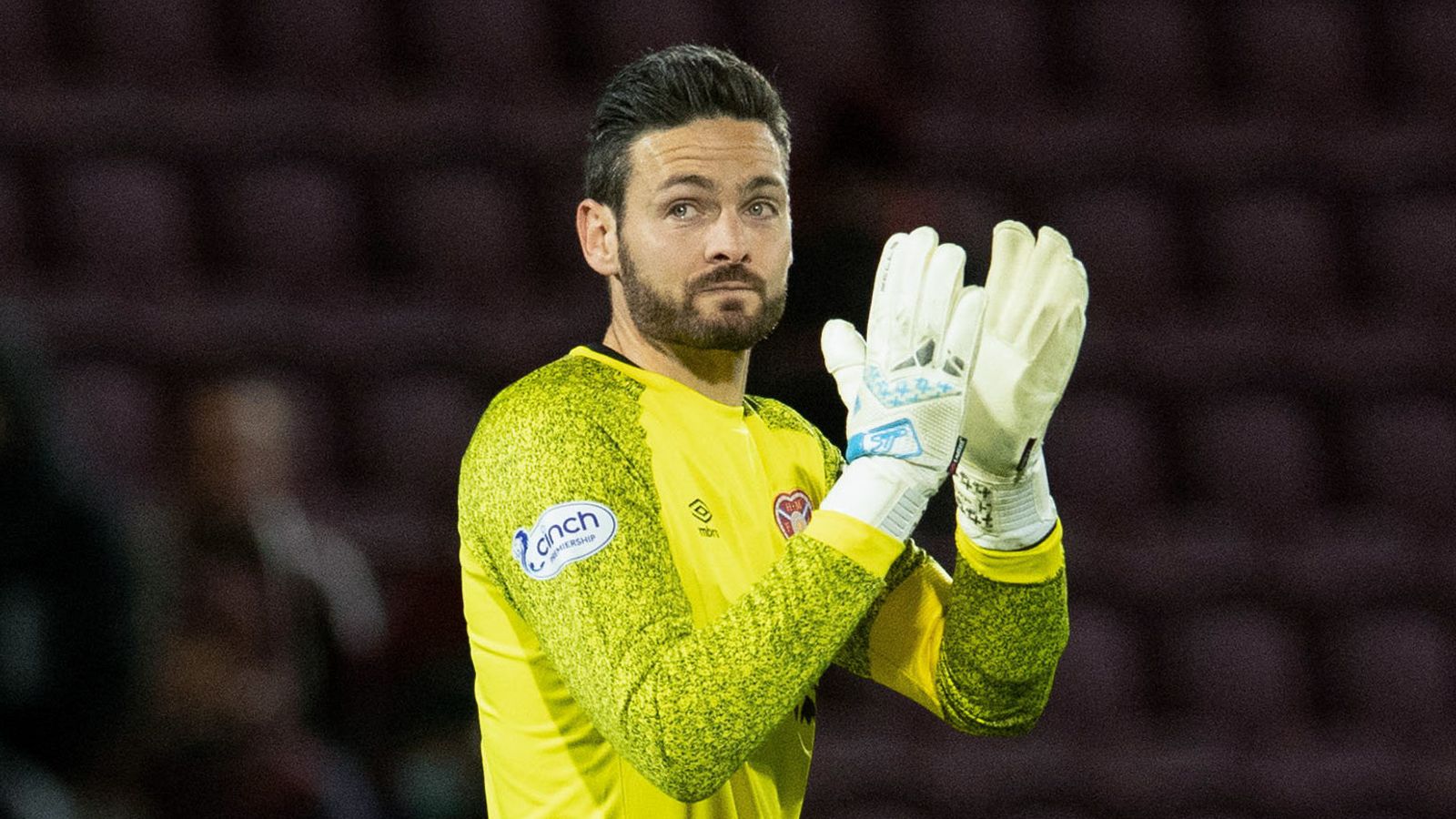 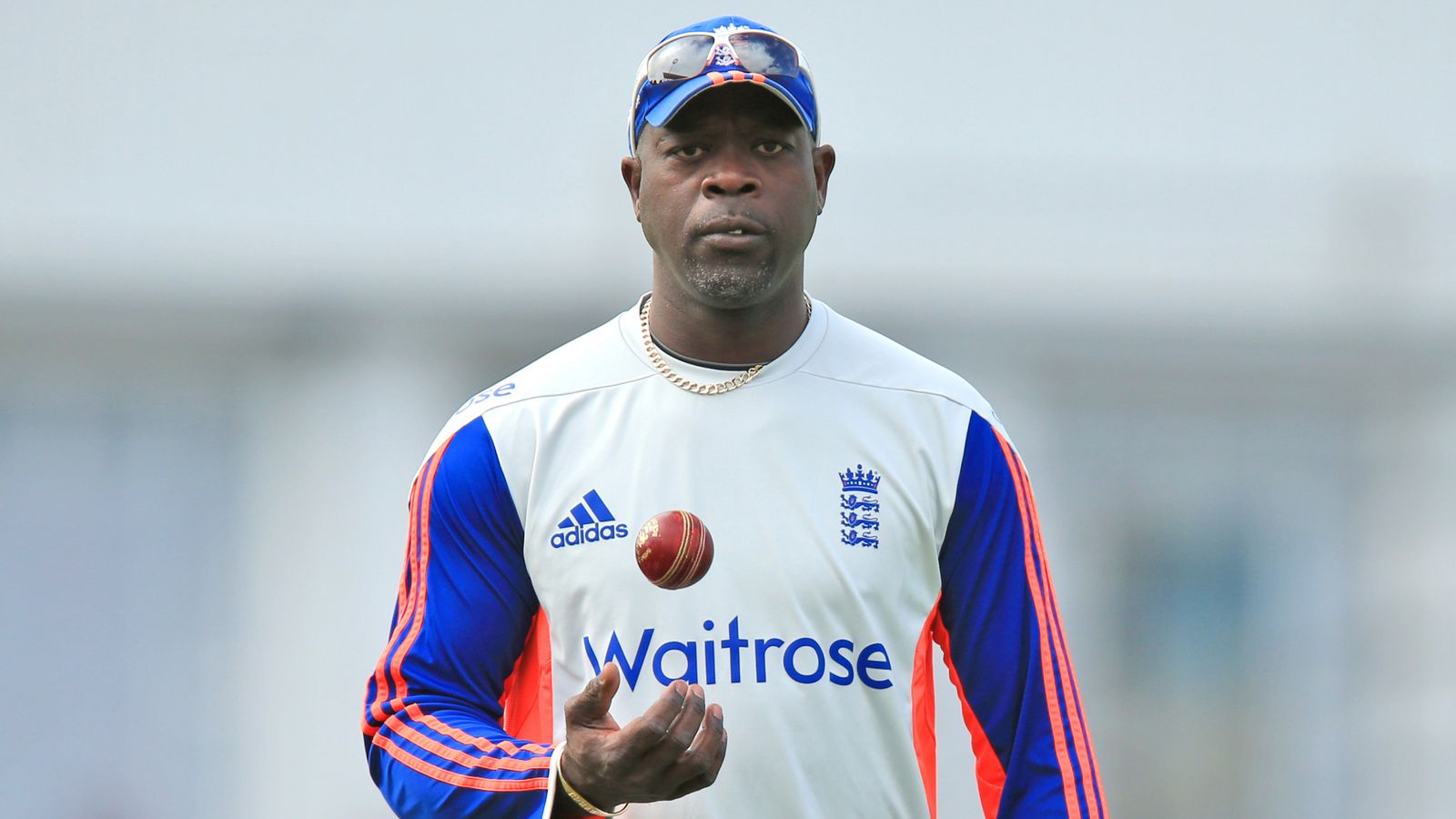 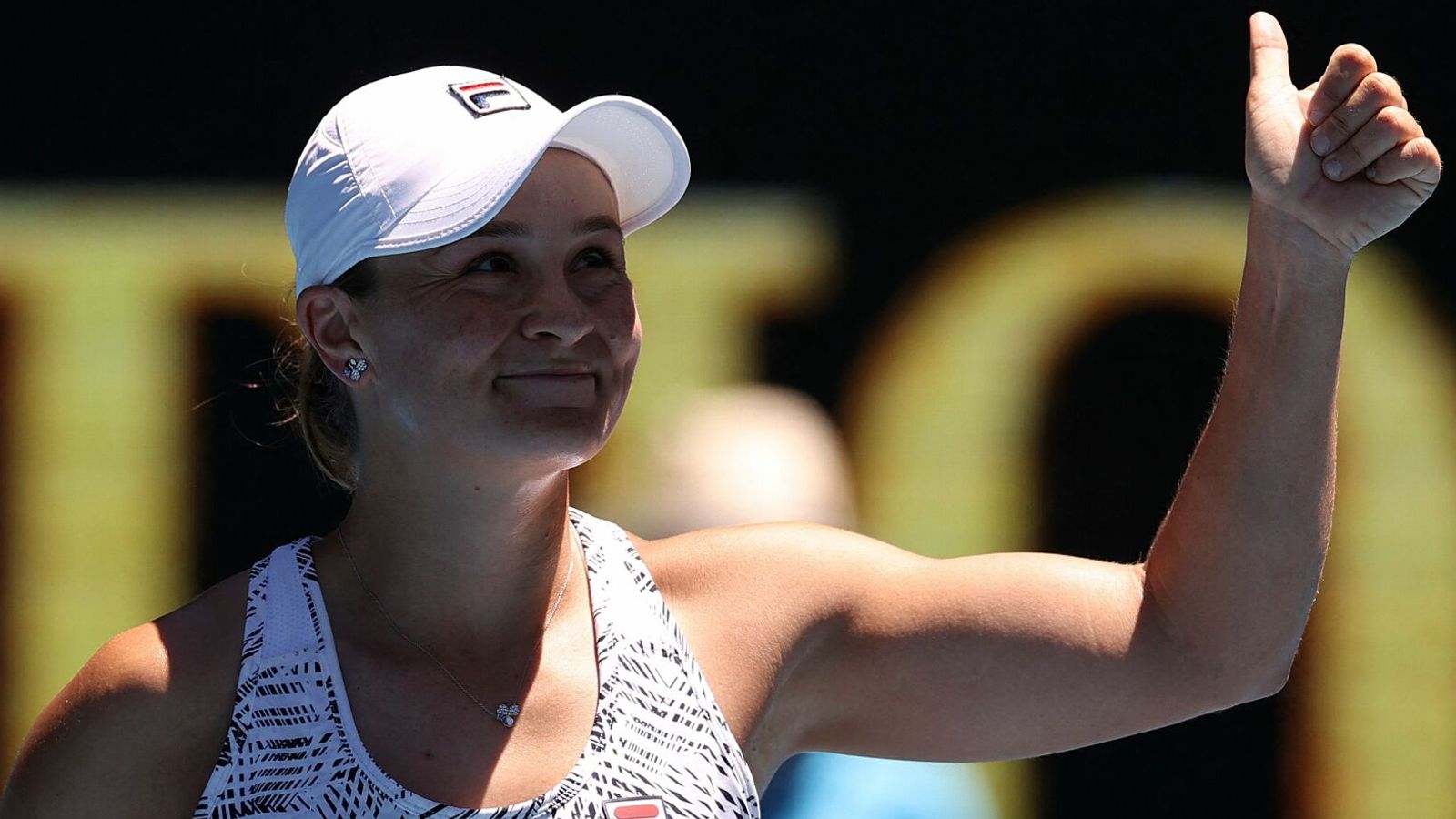 Fresh snow slated to fall in parts of Mass.
14 mins ago

Would 401(k) participants use a Social Security ‘bridge’ option?
36 mins ago

Scottish Premiership: Hearts and Celtic dominate team of the week with Ross County and Livingston also featuring
49 mins ago