Every year during the holidays, I am reminded of the fact that I just don’t drink enough Sherry. Because when it comes to food-friendly wines that work just as well with richer dishes as they do more delicate ones, and that also serve as early-in-the-day aperitifs and after-dinner treats with aplomb, Sherry is pretty much perfect. Whether it’s a brisk, briny Manzanilla, a nuttier, more densely textured Oloroso, or a sweet, pair-with-cheesecake-immediately Pedro Ximenez, there is almost always a Sherry that will work, with style and a sense of surprise as added bonuses.

Which is why, even though the holidays are behind us, my white Wine of the Week today is a Sherry—specifically, the Tio Pepe Fino En Rama 2021 Edition. The “En Rama” designation refers to a Sherry that’s close to its “natural” state…in other words, filtered to the bare minimum, if at all, that’s required to protect it in the bottle following its transfer from the Sherry butt, yet still allowing it to retain all of the character that its biological aging—that is, beneath a layer of flor, the famous yeast that gives Fino so much of its character—has imparted to it. According to materials provided by Tio Pepe, this twelfth edition of their Fino En Rama has come from 82 Sherry butts (the term for the classic 500-liter barrel used to age Sherry) that were identified as being worthy of the En Rama designation. This “wild, unfiltered” Sherry, they note, is “the purest expression of the vine and the winery, of origin and aging.” They attribute the particular success of this 2021 edition to “the layer of flor [that] managed to remain intact, healthy robust and intense right through a rainy autumn and a cold, wet winter, imbuing [it] with an incredibly delicate character.”

I couldn’t agree more: This is a fantastic release, a Sherry with a nose like the seashore, vivid with salt air wafting in on the breeze over the ocean, almonds, and oyster shells alongside apricot pits: So savory and appealing. On the palate, this is fresh and concentrated, with distinct notes of lemon pith and almond skin, saltiness through the long finish, and a lingering note of slate which is unexpectedly lifted by hints of springtime flowers and spearmint, all flashing against a core of preserved lemon, citrus peel, and olives.

My red Wine of the Week is one that has attained cult status among collectors, and rightly so: The Bibi Graetz Colore Rosso 2019 Toscana. Graetz is considered to be one of the true visionaries of the Italian wine world, a man who, since his first vintage in 2000, has regularly produced wines of profundity, character, honesty, and serious age-worthiness. This 2019, which represents his 20th vintage, is crafted entirely from Sangiovese that was sourced from old vines, all more than 70 years of age, in Siena, Lamole, and Vincigliata. As is his preference, Graetz allowed the juice to naturally ferment—no inoculating with purchased yeast, in other words—in open-topped barriques. The cap of skins that floated to the top was punched down by hand eight times each day, which helped facilitate an impeccable level of extraction. The wine finally aged for 30 months before being bottled, and the result is more than worthy of his two decades of game-changing work.

This is a 100% Sangiovese that’s built for the long haul, a red whose surprisingly restrained nose of dark, brambly fruit subtly hints at the power lurking beneath. It’s on the palate, however, where this really comes into its own at this early stage of its long life, with cherries and their pits, plum-like stone fruit, vivid acidity, licorice, forest floor, and the suggestion of flowers. With air, aromas of dried herbs and forest floor emerge, as well as slightly plummier fruit, before flavors of richness and profundity, the darker cherries and huckleberries tinged with eucalyptus and menthol, especially on the finish, as well as blood oranges, rooibos, fine-to-medium grained tannins, the suggestion of espresso oils, and a mineral structure that, combined with the tobacco and acid, promises decades of evolution. All of this gains depth and weight with air, yet never loses its vibrancy, freshness, and perfumed lift. I’d hold this for another two years or so, and then enjoy it over the next quarter-century or more.

If you can’t find a bottle of Colore, or if the $250 SRP isn’t within your budget, then the Bibi Graetz Testamatta 2019 Toscana Rosso should definitely be on your list. Honestly, it should be on your list anyway: It, too, is 100% Sangiovese, this time sourced from 35 – 50 year old vines in Lamole, Vincigliata, Londa, and Montefili. Like Colore, it, too, was naturally fermented and aged for 30 months, though the manual punching down of the skins ranged from six to eight times each day. The results are outstanding: The finely detailed and lifted aromatics of this Sangiovese are effusive, shimmering with a combination of wild strawberries, leather, dried Mediterranean herbs and violets, and the suggestion of flamed orange oils. These tee up a concentrated palate of energy and crunchy mineral acidity, all of it cutting through and defining such detailed flavors of tart cherries, red currants, raspberries, pomegranates, and a slate-like minerality that lingers through the incredibly long finish, itself rolling on and hinting at flowers, kumquats, and leather. Even at $99, this is an amazing bargain, and will evolve in fascinating ways for the next 15-plus years, easily.

Finally, a spirit to get you through the chilly days of February—and it’s a gin. I know, I know: This time of year, the tendency is to focus more on whiskey…which I tend to do as well. But a great gin cocktail is often just as well-suited to these chilly nights. Personally, I find that a Bijou (gin, green Chartreuse, sweet vermouth, orange bitters) seems to channel the character of the season with elegance and just the right amount of warming to work brilliantly when the snow and the mercury begin to fall. Of course, a classic Martini is also always a good choice: Something about the bracing character of the cocktail and the similar feeling evoked by the weather pair perfectly with one another.

But for something truly tailored for the season, I strongly recommend a Martinez cocktail (someone once described it to me as existing somewhere halfway between Martiniville and Manhattanland) made with Revivalist Botanical Gin – Solstice Expression from Revivalist Spirits, a whiskey-colored gem whose star anise, ginger, and red-berry-fruit notes are amplified by a stint in red-wine barrels. I love it on its own, with a single large rock in the glass, but its utility in cocktails is where it really shines…and nowhere more, for me at least, than alongside the sweet vermouth and Luxardo of a Martinez.

This past autumn, Revivalist Spirits was named the Best Craft Gin Distillery in the country in USA Today’s 10Best Reader’s Choice Awards—it’s second year in a row to take the honor. And the Summertide Expression—Revivalist crafts season-specific expression of their gins—took home Double Gold at the New York World Spirits Competition, too. Both of them, alongside their other bottlings, not to mention their excellent bourbons as well, have been on regular rotation in my house, and with good reason.

Biden moves to remake the Fed 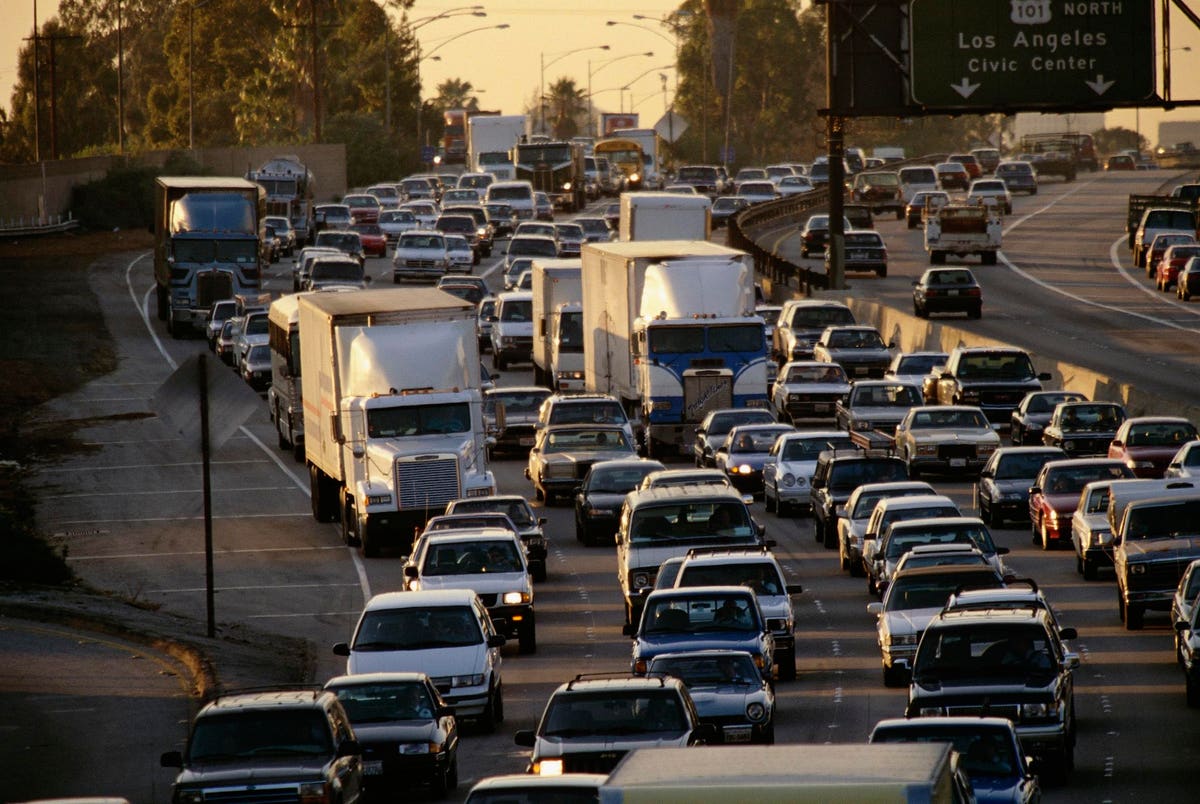 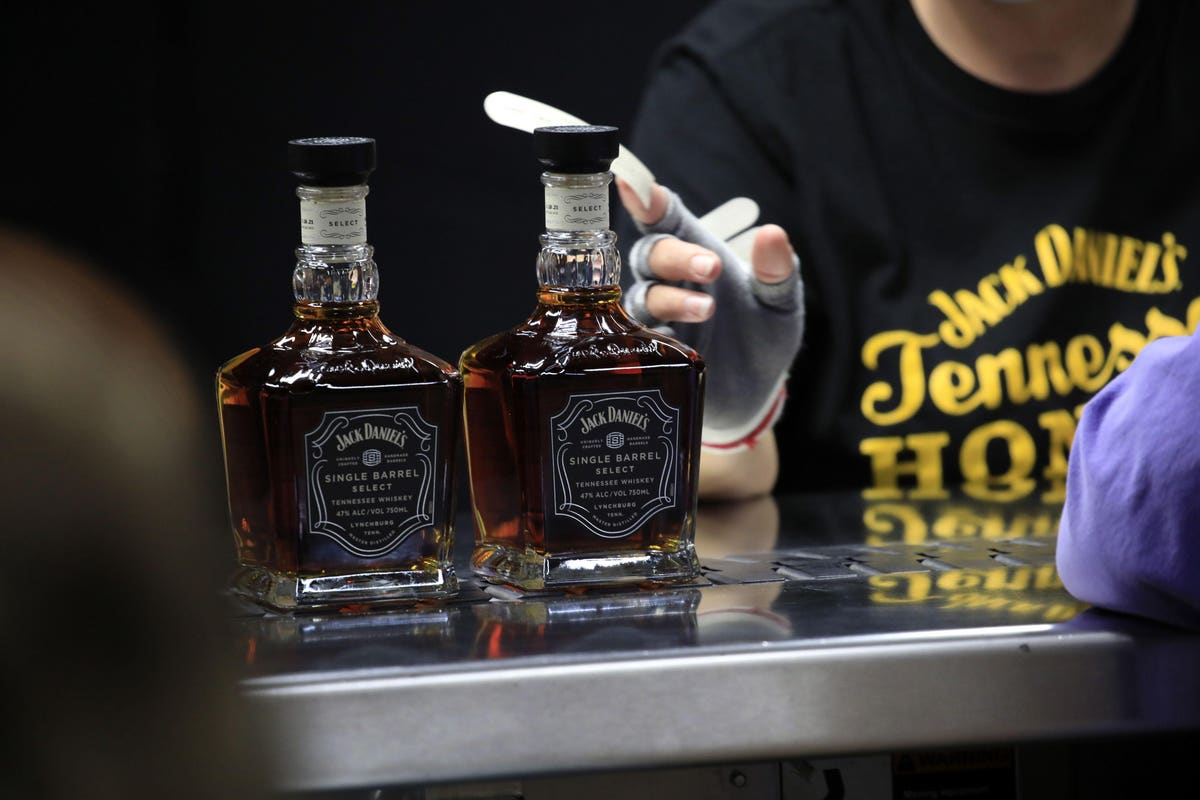 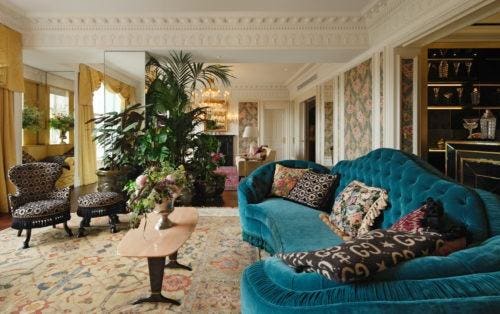 No. 1 Rahm shares lead with Thomas, Schenk at Torrey Pines
34 mins ago

California trans child molester, 26, gets 2 years in juvenile facility thanks to progressive DA Gascon
36 mins ago

How Breyer’s Replacement Will Matter
56 mins ago