Shailene Woodley and fiance Aaron Rodgers took their love fest to the beach as they snuggled up close amid a romantic sunset.

After keeping their romance on the down low for so long, actress Shailene Woodley, 29, and NFL superstar Aaron Rodgers, 37, are suddenly everywhere with their PDA. This time the couple has been photographed in Malibu, CA on Wed. Apr. 7, sitting together alone on the beach along with her beloved German Shepherd. The two cuddled shoulder-to-shoulder close, as each wore warm hoodies. They stared out at the ocean as the sun was going down, with no one else on the beach to intrude on their romantic time alone together.

Shailene could be seen by herself journaling in a notebook while barefoot in one snapshot, with her trusted pooch by her side. At one point, her giant diamond engagement ring from Aaron was visible as she played with her pup. The Big Little Lies star admitted that her dog helped convince her that Aaron was “The One” when she confirmed their secret engagement during a Feb. 22 The Tonight Show appearance.

“When I first met him, I think my dog like pulled me aside and was like, ‘If you don’t date this dude, I will disown you as my mother, because the three feet that I run with you when you throw a ball is nothing compared to the marathon I’m able to run with him,’” she said with a laugh about how far the Green Bay Packers star quarterback can throw a ball. Obviously Aaron gets along great with Shailene’s beloved pooch for the pup to have accompanied the couple on their beach date.

The couple is back on the West Coast after a trip to Disney World’s Hollywood Studios theme park in Orlando, FL on Apr. 3. The pair was photographed representing the Mouse House, as Shailene wore a colorful pastel set of mouse ears and a matching bow above her green baseball cap, while Aaron donned a Star Wars vintage print t-shirt. The pair also wore Star Wars themed face masks. They could be seen holding hands and hugging at various points throughout their tour of the park.

Aaron is currently serving has the guest host on Jeopardy! this week, as celebrities rotate through following the passing of longtime host Alex Trebek in Nov. 2020. The show’s longtime fan and 2015 Celebrity Jeopardy champ has been killing it on the job, and is a major hit with viewers. In advance of Aaron’s stint, Shailene shared an Instagram stories video on Apr. 5, talking him up about the gig before his debut, calling him “super sexy.”

“I have a very important announcement to make. This guy right here is super sexy, super attractive…just shaved his neck this morning. Has a little man bun growing,” she gushed, turning the camera on her fiancé. “This guy is hosting Jeopardy! tonight! ”she explained excitedly. With as skilled a host and as knowledgable as Aaron has proved to be on the iconic trivia show, should he decide to hang up his cleats and retire from the NFL, Aaron has a promising future as Jeopardy!‘s new host.

South Korean tanker once held by Iran now on the move

Sheriff: 3 teens found dead in home outside of Houston 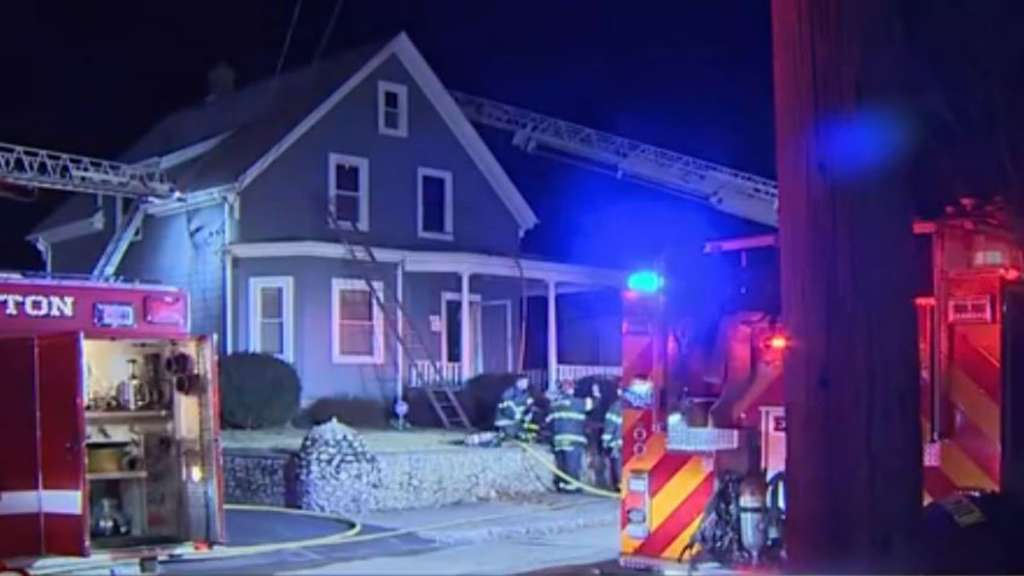 Brockton firefighter recovering after falling through a staircase while battling blaze

Struggling? Here are 5 things you can do to fortify your finances.
11 mins ago